Semantic Versioning (aka semver) is

a simple set of rules and requirements that dictate how version numbers are assigned and incremented.

Structure of a version 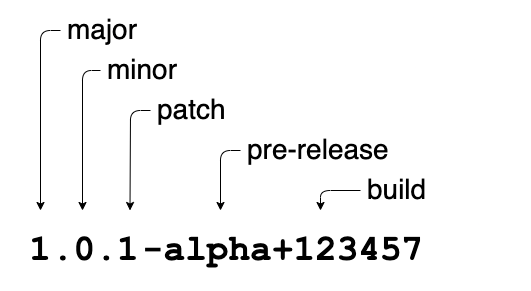 Every app's version must be kept up to date. Use whatever is the conventional way of recording the app's version. For example, for javascript apps, use version attribute in package.json.

Always display the app's version in the ap's UI. Choose an unobtrusive location and a small font.

All apps and shared packages in a project should keep their major.minor versions in sync.